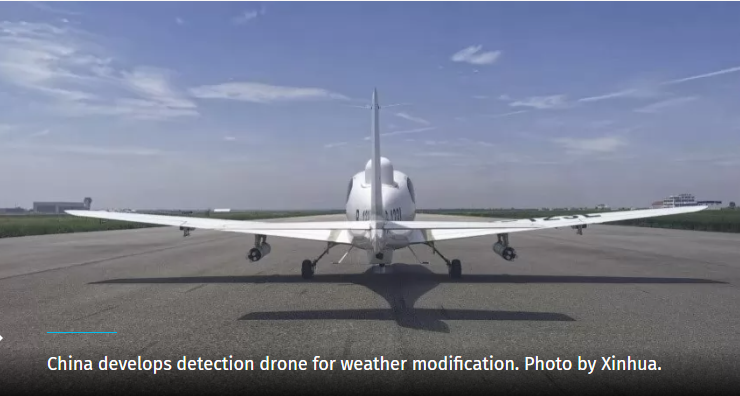 China has developed a new drone system for weather modification operations, capable of implementing a remote-sensing detection of clouds, rain, wind, and aerosols in the air under its flight route. This was reported by The Xinhua News Agency.

The platform, featuring large-load, long-endurance, low-maintenance cost, and quick deployment, completed its 75-minute maiden flight from an airport in northwest China’s Shaanxi Province, proving the machine’s safety and capabilities of its air-borne facilities.

Among the machine’s new functions are laser-microwave dual detection, active/passive joint detection, and remote-sensing in-situ detection, according to an institute under the China Aerospace Science and Technology Corporation, one of its developers.