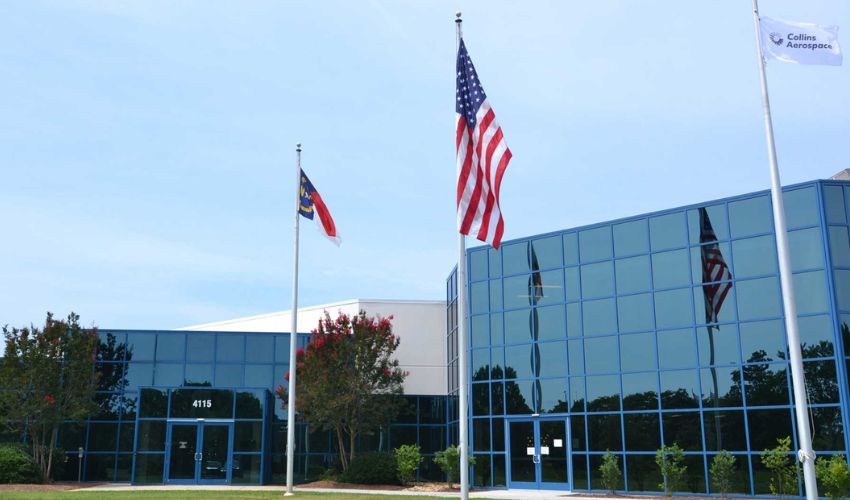 American company Collins Aerospace recently announced the opening of its new additive manufacturing center located in Monroe, North Carolina. The company, which is a subsidiary of the multinational Raytheon Technologies Corporation, opened the additional location for the expansion of its maintenance, repair, and overhaul (MRO) capabilities. Collins Aerospace was originally brought to life in 2018 by United Technologies Corporation (UTC), as the result of a merger between Rockwell Collins and United Technologies after their acquisition by UTC. The company, which has its headquarters in Charlotte, quickly became well recognized throughout the industry and since UTC’s own merger with Raytheon Company to form Raytheon Technologies in 2020, has become one of the world’s largest suppliers of aerospace and defense products.

By steadily expanding its locations, the company now has a total of 75 MRO sites all around the world. Its latest addition, which is the outcome of a $30 million expansion of its 160,000-square-foot Campus in Monroe, is able to serve more than 300 customers across the aerospace and defense industry. Mary DeStaffan, Monroe site general manager for Collins Aerospace, explains. “Our Monroe site is one of Collins’ largest MRO facilities in the world, and the repairs we provide are essential to keeping our airline and military customers’ aircraft in service. We’re proud to call Monroe home, to continue to invest and grow in the community here, and to support the region’s growing aerospace cluster.”