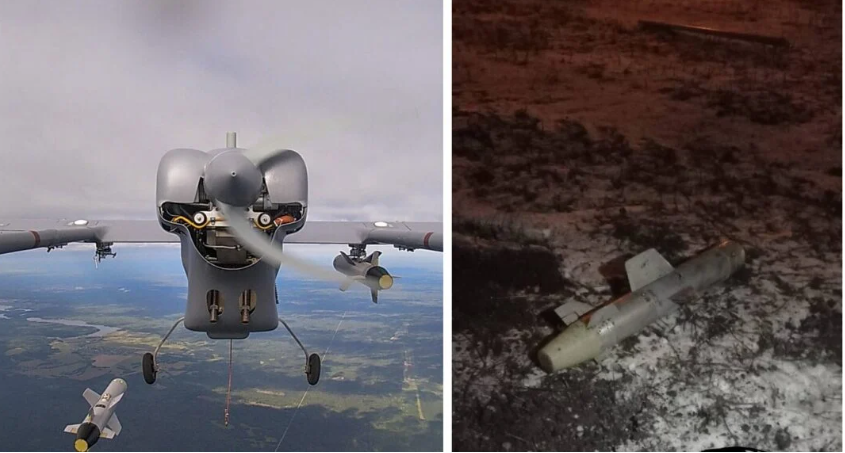 A Russian armed version of a reconnaissance unmanned aerial vehicle, called the Forpost-RU, crashed late Wednesday in the district near the Ukrainian border.

A drone armed with a KAB-20 bomb crashed on power lines near the village of Severny, Belgorod Region.

The Forpost is a license-produced version of the Searcher II developed by Israel Aerospace Industries. Forpost-RU is an unmanned combat aerial vehicle version with reconnaissance and strike capabilities and made by the Yekaterinburg-based Ural Civil Aviation Plant.

The drone has reported maximum endurance of 18 hours and take-off weight of 500 kg, with a nearly 20,000 ft service ceiling, and a maximum range of around 400 km.

The Forpost-RU is reportedly able to carry a maximum payload of 120 kg.