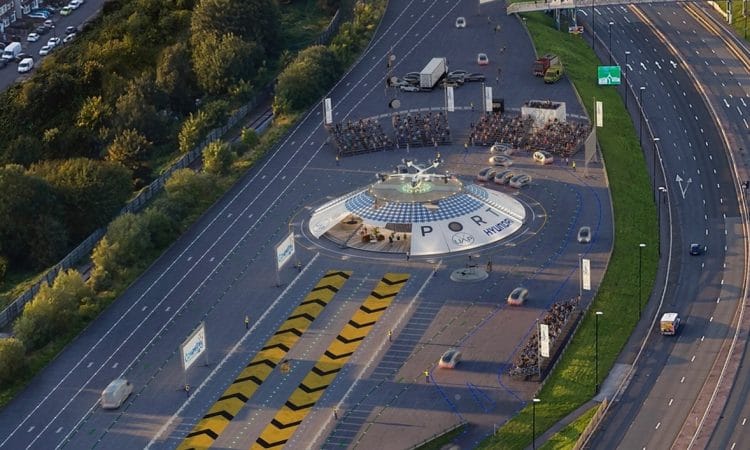 Urban Air Port® Air-One® has today been selected as a winner of the UK government’s Future Flight Challenge to develop aviation infrastructure and systems that enable the next generation of electric and autonomous air vehicles. Air-One® is “a world-first fully-operational hub for future electric vertical take-off and landing (eVTOL) aircraft – such as cargo drones and air taxis – to be launched in Coventry later this year.”

According to a company press release:

“Urban Air Port® develops fully autonomous innovative zero emission infrastructure for future air mobility. The ambitious Air-One® project will bring industry, government and the public together to demonstrate how to unlock the potential of sustainable urban air mobility to reduce congestion, cut air pollution and holistically decarbonise transport while providing seamless passenger journeys and deliveries. NASA predicts that urban-air mobility in the US alone could be worth up to $500 billion USD (£375 billion) in the near-term and states that a significant barrier to market growth is the lack of infrastructure,1 an issue which Urban Air Port® was established to resolve.