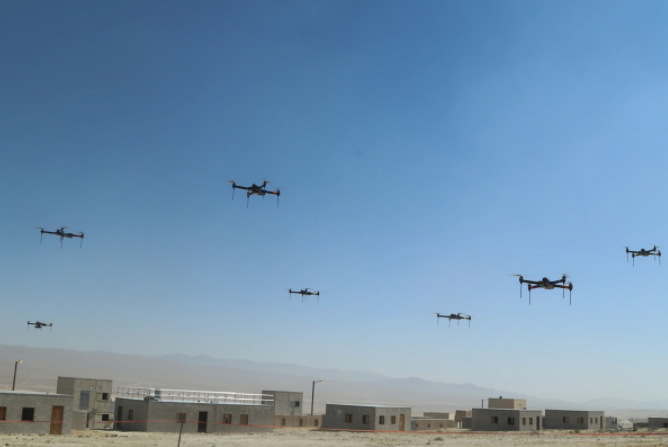 WASHINGTON — The U.S. Army is set to begin development and integration of a high-power microwave capability to destroy small drone threats beginning in fiscal 2022, according to budget justification documents released with the financial request.

The service plans to spend more than $50 million in FY22 to develop technology to counter small drones and is working jointly across the services to establish an enduring architecture of solutions to address the threat.

The Defense Department established the Army-led Joint Counter-Small Unmanned Aircraft Office, or JCO, almost two years ago, laying out a path for how it will develop a system to counter small UAS and establishing an interim group of systems to be used as a bridge to the enduring capability.

Specifically, the Army is budgeting $18.73 million in FY22 to develop, integrate and test new technologies that could lead to a solution that involves high-power microwaves, or HPM,, which could contribute to neutralizing both singular drone threats and entire swarms.

Already underway is an effort to integrate low-collateral effects interceptors into an enduring counter-sUAS system, but other defeat mechanisms will be developed and incorporated into the architecture.

Source : US Army could soon have a high-power microwave to destroy small drone swarms